As a child, I suffered with anxiety. I had no explanation for it and described it to my parents and doctors as 'fear'.

As I grew older the anxiety subsided, then disappeared altogether in my teenaged years and young adulthood.
During the next 30 years I was fine, but had the occasional panic attack. I would deal with it by breathing slowly and deeply to slow my heart rate and convince myself that I'd be fine. The panic would subside. These didn't happen very often.

On New years eve 2011/2012, I was laying in bed just going to sleep and I felt an overwhelming feeling of panic arising in me. I did what I usually do when I have a panic attack, but this wasn't working. I'd go out for a walk but that never helped. I could feel my blood pressure rising and my heart rate was through the roof! I felt a burning sensation in the pit of my stomach that intensified and I thought for sure I was going to die! All these negative, dark thoughts were going through my head, frightening me beyond scared.
This anxiety subsided during the daylight hours, but at night they would overwhelm me.

I had no idea what was happening To me. I spent my nights alone soothing myself and trying to put these dark thoughts out of my mind. I talked to God and prayed, soothing myself enough to fall asleep, but I would wake up every 20 minutes with a feeling that my head was going to split open. I'd hear And feel a 'CRACK' from my head that startled me awake.
After about two weeks of dealing with this on my own, I realized it just wasn't going away on its own and sought medical attention.

I now feel no anxiety, but I do feel a pressure in my forehead, around my eyes and a tingling feeling going up and down my spine and through my arms and legs. An underlying feeling of the anxiety I felt a few years ago, but without the fear. I still get a burning feeling in my stomach and diaphragm that I'm dealing with by changing my diet. It was quite the experience.

Return to Effects of Light. 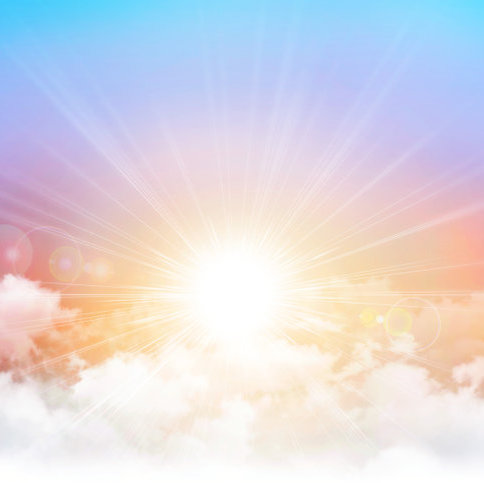